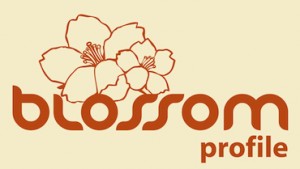 At 38 years old Kat and her husband, Josh, welcomed twins into their family. The Portland couple’s story to parenthood began five years ago, however, and took them through a series of disappointments and even tragedy before they found a happy ending.

Kat was never the kind of woman who felt her clock ticking. Infertility was a foreign thought.

But when she and her husband, Josh, had difficulty conceiving Kat found herself setting out on an unexpected journey, which ultimately led her to Oregon Reproductive Medicine and Blossom Clinic in Portland, Oregon.

“When it was explained to me what my chances really were-the reality of it-it was shocking, and I wasn’t prepared to accept it,” she said. “I’m the kind of person that when someone tells me something is not possible I am going to do whatever I can to prove them wrong.

“Still, I didn’t know so much of this is based on luck. I started to wonder how anyone over 18 years old ever gets pregnant.”

Kat’s doctors didn’t have any answers. Even though they told her it was better not to know what was causing complications than face an insurmountable obstacle; their words, she said, felt like cold comfort.

Working with a team of dedicated specialists Kat underwent multiple rounds of IVF and IUI. She learned a succession of new, unpleasant terminologies including “chemical pregnancies” and watchfully waited for good news. During this time, Kat worked to align her health through nutrition, herbal supplements and acupuncture with Liz Richards at Blossom Clinic.

After long months of disappointing results, good news finally came in late spring 2010 after an IUI. It was twins.

“I was very nauseous right from the beginning. There was a lot of morning sickness. Anything green made me want to throw up,” Kat said. “We made it through the first trimester. Everything seemed to be going well. Then, three days before Labor Day, I had very bad cramps. My water broke. They didn’t know what it was.”

Kat was rushed to the delivery room where doctors had to induce labor. It was there she learned one of the babies had already died. The other was too little to survive.  The couple had already named the two boys, Sam and Max.

“At the hospital they would put these little wreathes on the door,” said Josh. “When you saw them, you knew what the couple was going through in that room.”

Even though they had waited to tell family and friends about the pregnancy, Kat said she had started to share the news with others. Now, overwhelmed with grief, they were faced with the task of having to make a series of painful calls. Emotionally devastated and fatigued, they felt their only option was to hunker down. Not only did they stop trying to conceive, they weren’t sure if they would ever try again.

“I would cry when I saw mothers with their children. There weren’t a lot of places that felt safe,” said Kat.

But Blossom Clinic was one of those places.

Over time, Kat and Josh were able to reach out to their support network, and were shocked by the number of families who had undergone the same tragedy.

“Maybe it’s because nobody talks about this,” she said. “When you deal with infertility, you spend a lot of time thinking about getting pregnant. You don’t always think about what could happen when you do or realize how connected you get to these little people, these little lives.”

After months of grieving, cleansing and healing the family turned a corner and were ready to try again.  Almost one year to the day after Kat learned about her first pregnancy, they got the call that she was pregnant again, also with twins.

This time, however, the news drew less excitement and more quiet resolve. They collected themselves, took several deep breaths and adopted a guarded optimism throughout the first trimester. Misgivings slowly faded as the pregnancy progressed.

At 36 weeks and 6 days, it was time for the doctor’s to perform the C-section. Even though it was scheduled quickly, Josh said, Liz rearranged her schedule to be there for the delivery.

“It only seemed fitting for us that she be there,” he said. “She was there with us from the beginning.” 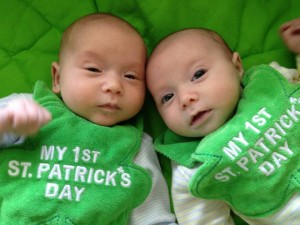 Rachel and Nicholas were born January 20 of this year. Sitting in their living room, Kat and Josh take turns holding the newborn children. Even though their arms are full, Kat said, they enjoy this time and are figuring out how to build new routines together; even losing sleep doesn’t feel like an inconvenience.

“Looking back, I wish I would have started earlier,” she said. “Not that I was ready for them before now, but in this process it is essential that you are relaxed and mentally prepared. You have to think positively. You can be in the best physical shape of your life, but emotionally you have to be in the right place.

“Most importantly, you can’t give up hope. You may have to find the right things to hope for, but you have to hold onto them, and remember that you are not alone on this journey.”