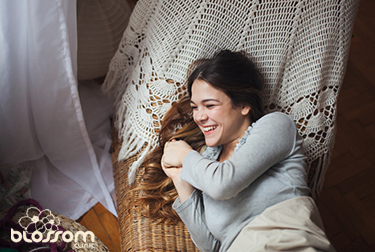 Indigenous to the Mediterranean countries and Asia, Chaste Tree Berry has been renown as both an aphrodisiac and an anaphodisiac.

It was known in the middle ages as Monk’s pepper because of its reputed ability to suppress sexual desire in celibate monks.  Now in the 20th century it is being touted as the natural female “Viagra”. Chaste Tree Berry’s effects lie in its ability to stimulate and regulate anterior pituitary functions.  In particular it can normalize the amount of progesterone in our bodies. German research has discovered that Chaste Tree Berry does this by binding to dopamine2 receptors in the anterior pituitary and decreasing secretion of prolactin. This decrease in prolactin leads to increased progesterone production in the luteal phase of the menstrual cycle.  Additionally, Chaste Tree Berry seems to increase luteinizing hormone and help to lengthen a women’s luteal phase.  Luteinizing hormone is produced in the pituitary and it is what signals the female body to release an egg. Once the egg is released it is the empty follicle called the corpus lutetium that is responsible for manufacturing female’s monthly surges of progesterone.

Recent findings confirm that Chaste Tree Berry can restore normal estrogen to progesterone balance. Chaste Tree Berry has been successfully used to regulate irregular menses and PMS symptoms including dysmenorrhea, amenorrhea, oligomenorrhea, fibroid cysts, and hormonal constipation.  It can be used to stabilize the cycle after withdrawal from progesterone birth control pills.  For women trying to get pregnant it can regulate the ovulatory cycle and can be safely taken through the end of the first trimester, actually decreasing the risk of miscarriage.  It is safe to take after the third month of pregnancy but not recommended, because it may bring on milk flow too early.  After the birth however, it may again be taken to stabilize the hormones and increase lactation. Research as shown it to be most effective taken the first ten days after birth.

In England and increasingly in the United States Chaste Tree Berry is being used to relieve the symptoms of menopause.  Both PMS and menopause symptoms are commonly caused by estrogen dominance and can benefit from the use of Chaste Tree Berry.  For practitioners of Chinese medicine, Peter Holmes categorizes Chaste Tree Berry as entering the Liver, Spleen and in particular regulating the Chong and Ren pathways. See note below.

Other studies indicate Chaste Tree Berry to effectively treat acne in both female and male teenagers.

In summary, Chaste Tree Berry is recommended for the treatment of PMS, abnormal menses, and fertility challenges especially if a progesterone deficiency is suspected.  In 2 large studies conducted in Germany, with more than 1500 participants, 57% experienced significant improvement of PMS symptoms and 1/3 of the participants expressed 100% relief of symptoms.  Clinical research shows that Chaste Tree Berry may work in as fast as ten days, but generally to see full effect one should take for a minimum of 3 full cycles.  With PMS, positive results may be seen by the 2nd cycle but permanent improvement may take up to a year.

Chaste Tree Berry has little to no side effects, with less than 2% reporting mild nausea or rash.  Chaste Tree Berry can be taken as an infusion, tablet or tincture.  Dosage would be one half to one gram dried berries infused for 10-15 minutes or current dosage recommendations for water-alcohol extracts and tablets are an average daily dose equivalent to 20 to 40 mg of fresh berries. Preparations have also been standardized to contain 0.5% agnuside with the recommended dosage as 175 to 225 mg per day.

Both species are from the same family, verbenaceae, but have been used differently.  Man Jing Zi is used to relieve wind heat, and clear heat from the liver.  Used for headaches and eye pain or in combination with other herbs for Wind heat colds.

Contributed by Rylen Feeney, Portland, OR