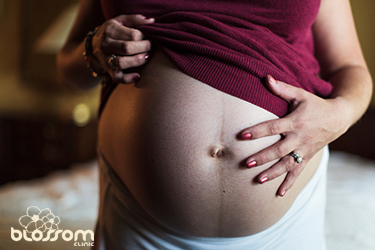 Pregnant with twins?  Did you assume that you would automatically be signed up for a cesarean?  Well, that doesn’t have to be the case for you.

I recently had the opportunity to chat with a former patient about her amazing twin vaginal birth with her two boys. Every mom is a super mom no matter how their babies come into the world, but if you desire a vaginal birth with your twins, here is an interview to inspire you.  Click here for an additional twin birth story or click here to see an inspiring video.

Q: Do you have any advice for a mom wanting to birth her twins vaginally?

A:  I would say that if the babies are positioned well and if its something that you want to do, then go for it.  There is no need to deliver via C-Section unless a vaginal delivery puts you or the babies at risk.  I actually think delivering two babies at one time is such a miracle and why wouldn’t you want to experience that?  From what I understand, about half of twin births are vaginal so there is a very good chance that a mom who wanted to birth her twins vaginally can do so.  I delivered in a teaching hospital and because a vaginal multiple birth delivery was not the norm at that particular hospital, there were a lot of interns/residents, etc., that wanted to be part of the process.  In total there were 22 people in the delivery room, not including my husband and I!

Q: Tell me about the birth, any details you want to share or a memory that is most significant.

A:  I had such a great birthing experience. It was just so joyous and amazing, even with the minor complications I had, including blood loss and just the stress of carrying twins for nine months. I believe however, that by taking good care of yourself and having an open dialogue with your partner and your doctor, you can have the birthing experience that you desire.  Twin pregnancies can be difficult on your body, but with a little extra mental and physical preparation, I believe and know firsthand, that it can be a wonderful experience.  My most significant memory is when my nurse had relayed the information from our doctor saying that they were going to begin to prepare me for a C-section when both my husband and I had specifically said that we wanted a vaginal birth, unless the babies or I were in any danger.  Both babies were head down and I was doing very well.  The nurse and doctor were trying to keep a schedule and wanted to “pick up the pace” of the delivery.  Well, that was not on our terms so my husband, nicely said “find another option for delivery vs. a C-section.”  And, they did.  They allowed me to progress on my own and we had a very successful vaginal twin delivery.

Q: Did you know early in your pregnancy that you desired a vaginal birth with twins?

Q: What kind of opposition did you face, if any?  Was it hard to find a doctor/hospital who would support you?  What kind of support did you have?

A:  My doctor was supportive of my intentions for a vaginal birth from the beginning. I really loved my perinatologist – she was open to my ideas but also very realistic about the risks associated with multiple birth pregnancies/delivery.  My husband was very supportive as well.  We attended a Birthing From Within class and most of the other expecting mothers (I was the only twin expectant mother) were planning on having a completely natural birth (no epidural), so it was a very supportive environment.  I did a lot of reading online and talked to other mom’s who had delivered vaginally.

Q: How were the babies positioned by delivery time?

The babies were vertex or both face down at the time of delivery.

Q: Who supported you the most in your decision and during the labor?

A:  My husband was very supportive. In fact, when we were in the hospital, I had been in labor for a while and the doctor called the nurse to say that she was going to “call it,” meaning she was going to schedule a C-section to deliver my twins.  I looked at my husband and I told him to contact the nurse and tell her that we were NOT going to deliver the babies via C-section and to find out what we needed to do to delivery vaginally. The nurse told our doctor that we were not going to move forward with a C-Section unless it was absolutely necessary from a medical perspective (which it was not) and they came back in with a plan B.

Q: If you could say one thing to someone who opposed you what would it be?

A:  It’s funny because my sister-in-law is a medical doctor – she’s an anesthesiologist.  She has no children, but has said many times that when she does have kids, she will have a scheduled C-section. It’s almost as though she completely opposes a vaginal birth.  I can tell she did not agree with my decision to deliver vaginally, especially with twins. In her mind, the risk was too great. I told her and would tell anyone else who opposed what I did that it’s a personal decision and you have to do what is right for you and your family.

Q: How did you feel afterwards?

A:  After my delivery I actually had a lot of bleeding and ended up needing a blood transfusion the next day.  When Baby A (Benjamin) was being delivered, they needed to use forceps to get him out, so that was a little traumatic. His heart rate was dropping so they needed to get him out quickly. Baby B (Luke) however, came out very easily.  The boys were eight minutes apart. Afterwards, I felt really sick because of the blood loss but I wanted to be alert for my babies and begin nursing right away.  The doctor’s had to stitch me up which took a long time so that was probably the worst part of my delivery.  I was exhausted and felt pretty weak after the delivery, but I have no regrets.